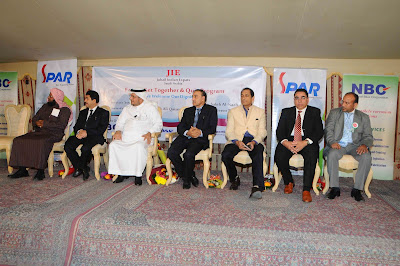 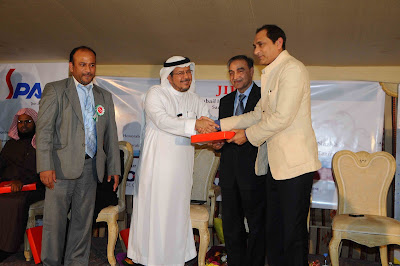 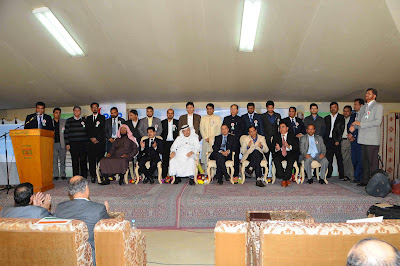 
A top-ranking Saudi industrialist has acknowledged the contribution of the Indian community to the development of Jubail as the world’s leading hub of petrochemical industry.


“Jubail was a small fishing village in the mid-1970s,” said Al-Nazha. “The government decided to convert it into an important petrochemical base in 1979 and the actual industrial activity began in 1982.”


Al-Nazha said he came to Jubail in 1982 when he joined Saudi Basic Industries Corp. (SABIC). “There were many Indians here; they were among the first contributors to the development of this city,” he said. “On behalf of every Saudi, I thank you all for being the real partners in progress.”


Al-Nazha expressed total admiration for India and Indians. “I have been to many countries but the one thing that always stood out during my visits to India was the ubiquitous scene at the major traffic intersections,” he said. “Here, in the Gulf, we see people selling bottled water at traffic intersections because it is a hot and humid here, in other countries people sell newspapers, but in India they sell business books at traffic lights; that is something amazing, and speaks volumes about the country’s culture of knowledge.”


Sirajuddin Qureshi, in whose honor the event was organized, exhorted members of the Indian Muslim community to do away with what he described as the “begging bowl mentality.”


“We should depend on the government only up to a point,” he said. “We should not become totally dependent on it because that will stunt our growth.”


Qureshi recalled his various suggestions to many government commissions that were tasked with improving the lot of Indian Muslims. “The Sachar commission report has shown us in very negative light and so did the Ranganath Misra commission report; it is not that the government is not aware of our problems; they have known it for the last 60 years and it will take them another 600 years to solve them,” he quipped in a note of sarcasm.


Qureshi advised Indian Muslims to work hard and concentrate on education. “You, Indian expatriates, who have risen to top positions in your chosen field here in Saudi Arabia, you did not bank on government support, your success is yours, you worked hard for it and achieved it, you are the best example and the real inspiration for the rest of the community in India,” he said.


He said things move grindingly slow in India. “The decision to establish the India Islamic Cultural Center was taken in the early 1980s. Prime Minister Indira Gandhi performed the ground-breaking ceremony in 1984, but the actual center was completed only in 2006,” he said. “It took us 22 long years to bring it to fruition.”


Nobody took the project seriously, he lamented. “I would pass by this prime land every day and would wonder why was it not being completed. As a member of the center’s founding committee I always impressed upon my fellow members the need for completing the project because it did not reflect positively on the community,” he said.


Qureshi praised Asif Daudi, the architect of the program, for creating awareness about the center among the Indian expatriates in the Eastern Province. “I urge you all to become full-time members of this center; visit our website (http://www.iiccentre.org/) for details; I have special interest in NRIs (non-resident Indians) because they are apolitical; I want to save the center from any possible politicization,” he said.


The highly articulate and suave politician from Bihar, Mahboob Ali Qaiser, congratulated the Jubail Indian community for coming together for a good and constructive cause.


“India is a multi-religious, multi-social, multi-culture nation and the center is the best example of that,” he said. “We as a community need to focus on education so that we can project the true picture and true essence of Islam to other communities.”


Qaiser agreed that there was bias against Muslims in India but said that has not stopped hard-working Muslims from going ahead in life.


“Fifteen percent Muslims are competing with a community that constitutes 85 percent of the country, so naturally Muslims will have to be extremely good, extremely hard-working to succeed, and success will come just as it has come to the highly-positioned Indians here in Saudi Arabia,” he said. “Nobody in India wants the community to be stifled.”


Educationist Nadeem Tarin, who runs a number of prestigious educational institutions in India and Saudi Arabia, spoke about the importance of education to the well being of the community.


Syed Baqar Naqvi conducted the proceedings with poise and grace.