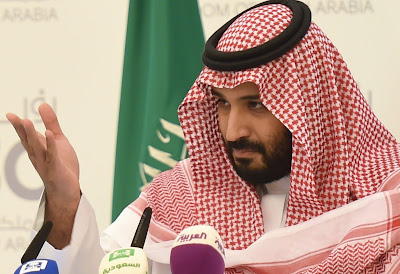 By SIRAJ WAHAB in JEDDAH

WHEN Saudi Arabia’s King Salman named him as the deputy crown prince a year ago, few outside the royal circle knew who Prince Mohammed bin Salman was. The Western media, more specifically journalists in America, scrambled to find more information as it became clear a new younger leadership was emerging in Saudi Arabia.

One important reason for this lack of information was that he did not go abroad for higher education like most other members of the royal family. He is a product of King Saud University and had remained inside the Kingdom throughout his young life. He was therefore an unknown quantity.

Complicating matters for the foreign media was that there was very little on the Internet about him except for sparse details about the Prince Mohammed bin Salman bin Abdul Aziz Al-Saud Foundation (MISK) that he still leads. That was in May 2015. A year later, he has turned out to be Saudi Arabia’s best-kept secret.

The first hint of Prince Mohammed’s genius was revealed six months later in a column written by Thomas L. Friedman in the New York Times. Entitled, “Letter From Saudi Arabia,” the November 2015 column was based on Friedman’s interview with Prince Mohammed, the young Saudi leader’s first interview with a major foreign media outlet.

This is how Friedman began his column: “I spent an evening with Mohammed bin Salman at his office (in Riyadh), and he wore me out. With staccato energy bursts, he laid out in detail his plans. His main projects are an online government dashboard that will transparently display the goals of each ministry, with monthly KPIs — key performance indicators — for which each minister will be held accountable. His idea is to get the whole country engaged in government performance. Ministers tell you: Since Prince Mohammed arrived, big decisions that took two years to make now happen in two weeks.”

As he explained it to Friedman, Prince Mohammed’s plan from the beginning was “to reduce subsidies to wealthy Saudis, who won’t get cheap gas, electricity or water anymore, possibly establish a value-added tax and sin taxes on cigarettes and sugary drinks, and both privatize and tax mines and undeveloped lands in ways that can unlock billions — so even if oil falls to $30 a barrel, Riyadh will have enough revenues to keep building the country without exhausting its savings. He is also creating incentives for Saudis to leave government and join the private sector.”

“Seventy percent of Saudis are under age 30, and their perspective is different from the other 30 percent,” Prince Mohammed told Friedman. “I am working to create for them the country they want to be living in in the future.”

That interview was widely discussed inside and outside Saudi Arabia. The young prince instantly became a hero for what he said and planned to do. He immediately struck a chord with the 70 percent of Saudis under the age of 30. In him they saw someone who thought like them and understood their problems, and a leader ready to take action that would insulate the Saudi economy from global risks.

A series of decisions since then have burnished his image as a no-nonsense leader who says what he means and means what he says. Twitter and other social media have been abuzz with his virtues. Within a few months of his appointment as deputy crown prince, he made high-profile visits to Russia, France and the United States, winning the crucial battle of perception. The media and world leaders started taking note.

After one meeting, US President Barack Obama said Prince Mohammed surprised him with his crystal clear ideas about the Saudi and global economy, and Saudi Arabia’s relationship with the outside world. Obama said Prince Mohammed had ambition, energy and knowledge of a wide array of complex public policy issues. “He is wise beyond his years,” is how Obama described him after their meeting in May 2015 at the United States-Gulf Cooperation Council Summit at Camp David.

Since then he has won over his critics and pleasantly surprised his huge number of followers. The path-breaking interview that he gave to Bloomberg in April was the clearest indication of his coming of age. Nothing was off the record in that interview.

He talked about spending a few days a week at the late King Abdullah’s palace. He tried to push through several new reforms. “It was very difficult to do with the presence of a number of people,” he told Bloomberg. “But I remember to this day there’s nothing I discussed with King Abdullah that he didn’t give the order and implement.”

The prince, as the Bloomberg interview revealed, divides his time between his father’s palaces and the powerful Defense Ministry that he heads, working from morning until after midnight most days. He has frequent meetings with the king and spends long sessions with consultants and aides poring over economic and oil data.

He is awakened most mornings by his children, two boys and two girls, ranging in age from one to six. That is the last he sees of them. “Sometimes my wife gets upset with me because I put so much pressure on her for the programs that I want them to have,” he told Bloomberg. “I rely mainly on their mother for their upbringing.”

Prince Mohammed has only one wife and is not planning on marrying more. His generation is not so into polygamy, he explained. Life is too busy, compared with past eras when farmers could work a few hours a day and warriors could “take spoils once a week and had a lot of spare time.” Working, sleeping, eating, and drinking do not leave a lot of time to open another household, he said. “It is tough [enough] living with one family.”

That interview and the one he gave to Al-Arabiya TV on the day his pet project Saudi Vision 2030 was announced indicated the arrival of a young and decisive leader in Saudi Arabia. It was frank and full of candor. He did not consult notes while fielding questions from Turki Al-Dakhil.

Famous columnist Abdulateef Al-Mulhim was highly impressed. “My impression is that he is very confident and aware of the many needs of the Kingdom and its citizens. During the Al-Arabiya interview, he seemed very well-informed about the future path needed to upgrade the standard of life for Saudis. He seemed very transparent in his discussion about the internal issues in Saudi Arabia,” he said.

Al-Mulhim says young Saudis admire him and adore him. “They are very enthusiastic about seeing someone young and sharp — it is as if he is talking to each and everyone one of them and knows full well what they need.”

“Many Saudis — myself included — have found the frank tone he has been using in his media interviews to be refreshing. Prince Mohammed has been very forthcoming in acknowledging the economic challenges that Saudi Arabia is facing. He has also been open about the need to re-evaluate previous policies which have led to an over-reliance on oil and the underdevelopment of other sectors of the economy,” said Nazer.

Christopher Williams, an American who lived for many years in Saudi Arabia, was ecstatic with the young prince’s frank talk and ambitious vision. “Prince Mohammed was very poised and gave a very positive impression. He was obviously on top of the situation. He had done his homework very thoroughly and was sure of what he wants for Saudi Arabia and how he believes his goals can become reality,” he said.

Williams thinks he handled the press, both local and foreign, very confidently, referring to the press conference that he held in Riyadh on the night Saudi Vision 2030 was unveiled. “What the foreign press often overlooks is that its opinion is not what is important in Saudi Arabia; there is interest in that opinion of course but ordinary Saudis must be sold and convinced about what the prince aims to do and that is not done by the foreign press. Saudis are his first and primary audience,” Williams added.

Prince Mohammed is seen as a new Arab hero and Arab News Editor in Chief Mohammed Fahad Al-Harthi described him aptly in his recent column: “Prince Mohammed is a young enlightened man who is behind a project that will serve the country.

“I once heard him say he had the choice of living the kind of life his circumstances allowed or serving his society no matter the cost. It is clear he made the latter and more difficult choice. As the saying goes, a vision without action is a dream; an action without a vision is a waste of time, but a vision with action can change the world. Saudi Arabia has made an appointment with its future.”